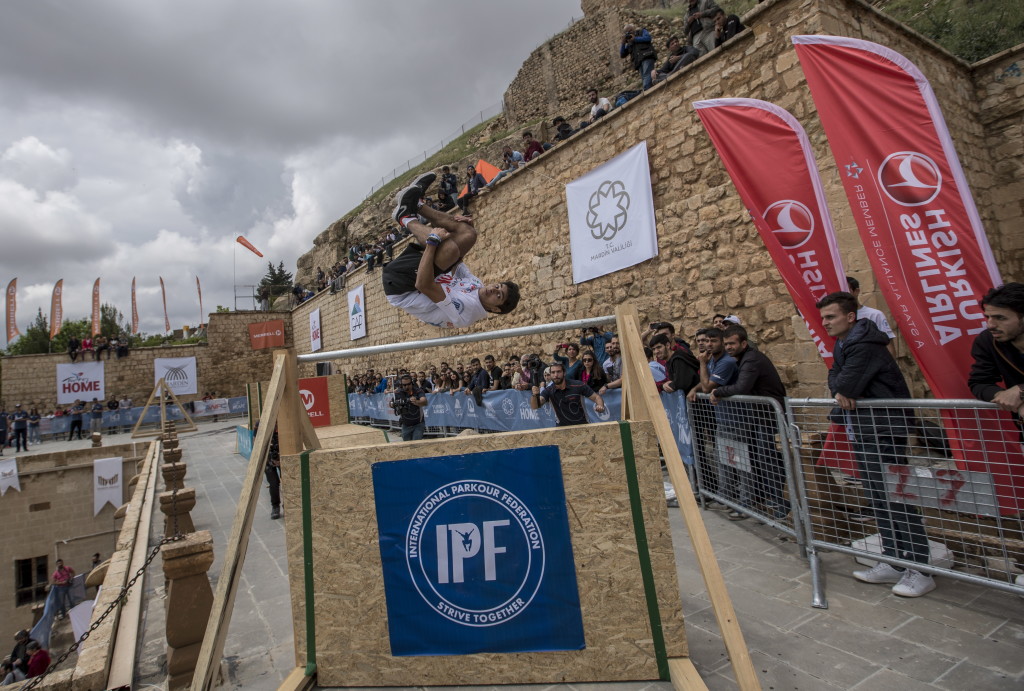 In May of 2018, IPF- International Parkour Federation, held a World Parkour Championship (WPC) event in Mardin, Turkey with renowned Parkour athletes and challengers from around the globe.  This was a groundbreaking competition because it allowed athletes from the MENA region, both men and women, who had never had a chance on the world stage to show the depth of their talent while competing with the top champions.  Among those participating from the MENA (including both men and women) were athletes, judges, and live stream hosts representing Morocco, Tunisia, Libya, Egypt, Lebanon, Turkey, and Iran.  For the first time athletes from Iran, Turkey, and Morocco, podiumed in an IPF International Parkour competition.  WPC competition was live streamed and a 26 minute highlight real was broadcast at a later date on more than 30 television stations around the world.  Qualifiers were held prior to the WPC competition in Iran, Lebanon, and in the United States at the USA Parkour Cup held in Tampa, Florida.

Here is a two minute highlight video of the WPC competition in Mardin, Turkey:

To see the results, watch the 26 minute highlight show, and for updates on future WPC events for 2019 and beyond, go to:  www.WorldParkourChampionship.com