IPF representatives meet with Ryan Doyle/Airborn Academy in Liverpool and with PKUK -Parkour United Kingdom in London.
Following their meeting in Lausanne with Sport Accord/GAIFS and IOC representatives, IPF’s David Thompson and Victor Bevine returned to Liverpool with WFPF Founding Athlete Ryan Doyle to discuss with the Airborn Academy partners the potential of taking their ten-year association to the next level. 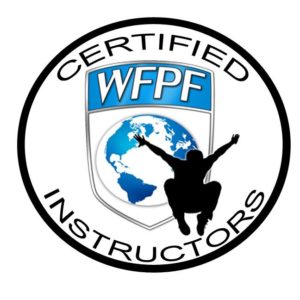 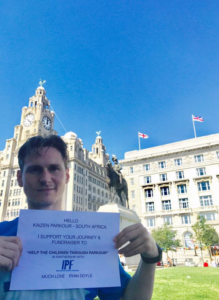 As part of that discussion, it was decided that Airborn will host the first IPF/WFPF Level 2 Certification in the U.K. following the IPF Sanctioned “3Run Family Jam and WFPF Jump-Off Competition” set for 2-3 September in Berkshire.  Further Airborn collaborations are in the works.  And with the recent addition of Sam Parham to the core leadership team of WFPF, there is no doubt that there will be more 3Run co-ventures in the future as well.
IPF and WFPF are thrilled and proud to be collaborating with such legendary organizations as Airborn and 3Run who as pioneers and early leaders of Parkour/Freerunning, have been an inspiration to practitioners, not just in the U.K., but around the world. 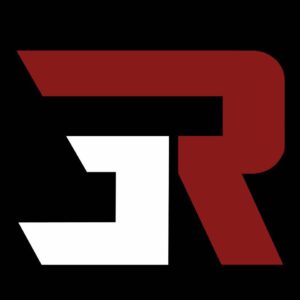 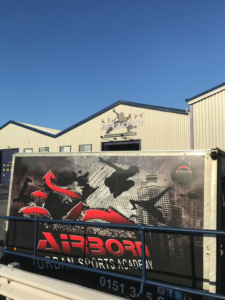 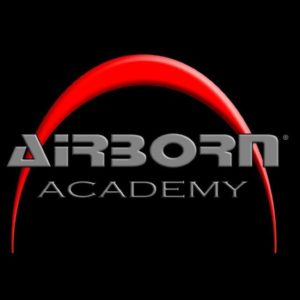 In the same spirit, Thompson and Bevine traveled to London to meet with Parkour UK’s Chief Executive Eugene Minogue to discuss the future development of Parkour, especially in light of recent actions by FIG (Federation International Gymnastique.) The meeting was held in the Hilton Hotel cafe area at Paddington Station over breakfast on June 22, 2017.  It was a frank, cordial and open discussion, picking up where Bevine and Minogue had left off three years earlier, with the stated goal of fostering more unity among the various Parkour communities around the world.
IPF and WFPF remain committed, as they always have been, to inclusion and equity in Parkour, to mutual understanding, equitable collaboration, and respect for the inherent diversity of the world’s most dynamic new sport. 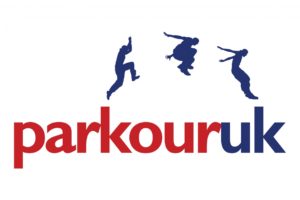