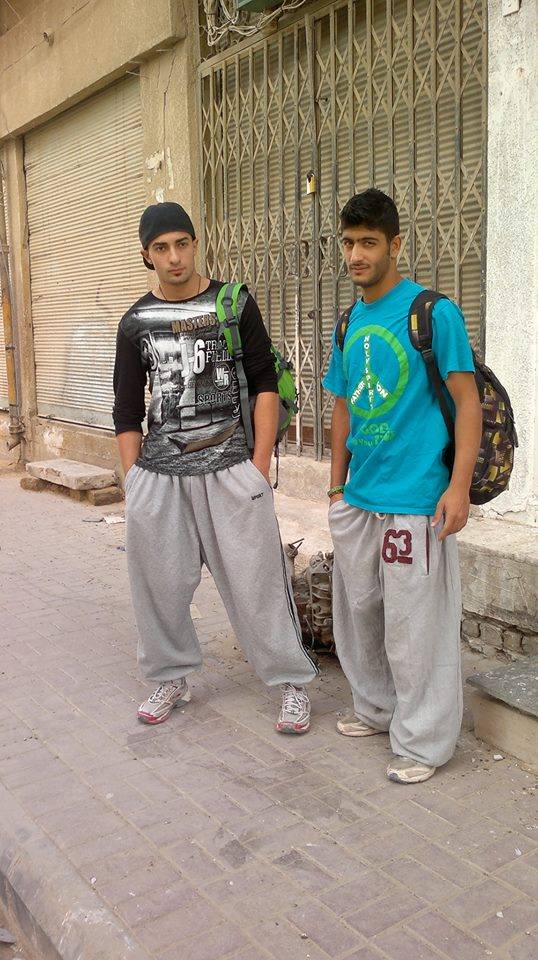 This ongoing initiative can best be summed up by reading the blog post by WFPF co-founders David Richard Thompson and Victor Bevine in April of 2015. The initiative started out in Bagdad but now has moved on to other cities in Iraq:

UPDATE MAY 2017- There have been lots of twists and turns, and changes with the first WFPF Parkour Academy. partnering with the Iraq Parkour Academy in Bagdad. There is still a gym at this point, with about 350 children who are taking classes there. Ali Lami has officially become a WFPF sponsored athlete because of his continued growth and excellence in leadership, and he is also mentoring two other athletes in other cities to open two other Parkour schools in other regions of Iraq. As of May, 2017; the Iraqi government has withdrawn support for the Academy, and funds are needed to keep it running. If you would like to donate or sponsor the Iraq Parkour Academy, please email Contact@internationalparkourfederation.com IPF is also developing Parkour schools in Morocco, Thailand, Jordan, and Pakistan.

Last spring, the WFPF received a message from a Traceur from Baghdad, Iraq. When I saw it was from someone with an Arabic name, and since I lived in several middle eastern countries as a child and a teenager, I looked at it
right away and responded and we began a dialogue. He couldn’t believe it when he saw that I had written some of the letter back to them in Arabic!

These are some excerpts from the series of messages that I first got from Abualhassan:

“hi. wfpf. please read this I’m Abualhassan from Iraq before talking about my self I’d like you guys to know we can’t practice parkour normally here because no one supports us ….now in iraq we are more than 200 including some professional”

“we don’t have a good gym even though now days no gym … I’m one of coach in iraq so that my goal as other coaches who are my friends is to publish our life (parkour ) in iraq and to show people that parkour is not just a sport but its kind of life style … they said we should go outside of iraq and bring help from other country , something which makes them to open .. you can also invite us for some courses”

“I am so far I do not know who you are you, but I’ll speak for the circumstance that I lived where I am and my team, but in short,. We have begun the practice of parkour since 2010 potential very weak, and did not accept the people of this beautiful game and wonderful, and continued to taunt us and fight this game and so far in the year 2011, and kidnapped one of the team members and killed in the city of Hilla, and did not understand why and who they are, and also in 2012 we have been practicing parkour and the team and suddenly a bomb exploded on one of the team members and wounded the team panic and sow terror in their hearts, but in spite of all these difficulties, we continued our journey in parkour, but we do not have the kits parkour and equipment we were always what we ask of the government helped us and consider us, but no one interested in it and you know about our government many corrupt government, they and everyone interested in himself and here I am now ask the other parties from outside the country because I think that other countries are interested about such things.”

“So far, my team and I’m trying to spread parkour in Iraq and put her union, but this thing needs to be in courses outside of Iraq, and we need to diplomas of Global Unions of Parkour”

Of course, I was horrified by what I heard from Abualhassan. He put me in touch with Ali who speaks fluent English and from Ali I got more details, but the basic story is: They live in Iraq in Baghdad and also in a city south of Baghdad called Najaf, and though they are still relatively safe from the insurgents, they basically live in a war zone, and they never know from day to day what is going to happen to them.

Their Parkour friends from many of the northern cities have basically disappeared and they fear that they have been captured and killed. If you watch the news, then you know what is happening over in Northern Iraq and Syria. Imagine if you lived in New York City and all your Parkour friends north of Connecticut just disappeared, never to be heard from or seen ever again. It’s horrifying. They have seen their friends being blown up during training sessions from bombs and mines in Baghdad and other cities nearby, they have seen others “arrested” or kidnapped, never to be seen again.

The idea of “konging” over a wall being a “dangerous” thing has a whole new meaning when land mines are involved. My heart broke for them listening to their stories. They couldn’t believe that I had responded to them and had offered to help them. Nobody had ever listened to them before and they thought that they would never be able to speak with any of the founders of the WFPF. 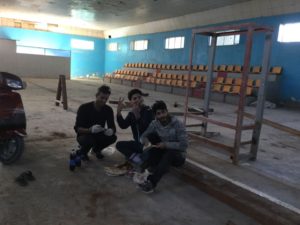 At one point last year a martial arts gym gave them a small space in the corner of their gym to train and to hold classes for children. The classes became so popular and so many of the martial arts students wanted to do Parkour instead of martial arts that the gym owners kicked the Parkour group and its classes out of the gym. I spoke with Ali at length and told him what I could do. For starters, we made their group our WFPF affiliate group in Iraq. We then wrote a letter for them to present to anyone over there that might help them and stated in the letter that they were part of the WFPF family. If we can help build their credibility by helping to build the sport over there, then there is a government sports council over there that could someday support them, but for now it is very very grass roots!

Two weeks ago, Ali used the letter that I sent to him and brought it to a sports club and they have given them a space that they can use to train in. It is an outdoor yard space in the interior of the club with no roof. It was full of brush and trash and rocks and dead bushes. It is not ideal but it is safe from the outside dangers of living in a war zone. The club manager told them to clean up the yard and if they can do that then it is theirs for Parkour. They have had their first two classes for kids, but they have only two rickety obstacles and a big truck tire to train on. That is where we come into the picture. They need very little money to upgrade it to a usable space where they can train.

I am looking for Parkour athletes, Parkour athletes who own their own gyms or run their own teams, friends, and family who are willing to help run mini fundraisers at their own facilities or who are willing to pitch in. The WFPF’s has a non-profit division called the IPF (International Parkour Federation) and it is my and the IPF and WFPF’s incredible passion to go out and to help build this sport by helping those in need under the banner of the IPF. I can’t think of a group that is more in need than this group out of Iraq.

If you would like to be involved, please send me a private message. If you would like to make a private donation, please send me a private message. Ali has sold his computer to take care of the initial expenses and was about to sell his camera too when I told him not to because help is on its way! He said with $500 he could get wood to build the obstacles he needs. My goal is to raise $5000 so that they can also put in a floor and build a roof. Things are not as expensive over there as other countries and with $5000 they would have a beautiful little safe facility.

Are you a Parkour gym? Would you like to be a sister gym to the Iraq Parkour Gym? Are you a Parkour group who would like to do the same to raise awareness and money for the Iraq gym and their program? Each bit helps to help them build their facility and start getting recognition from their fellow citizens and their government.

Below are the before pictures, the in between pictures, and then the… nope, no “after pictures yet”, but I can’t wait to see the “after” pictures! Also below are some videos from Ali and Abualhassan showing a time lapse of the initial clean up, followed by the first beginners class for some of the children, and lastly a team video from one of their jams… yes they still go out to train despite all the risks! Their new gym will be a safe space, especially for the kids! 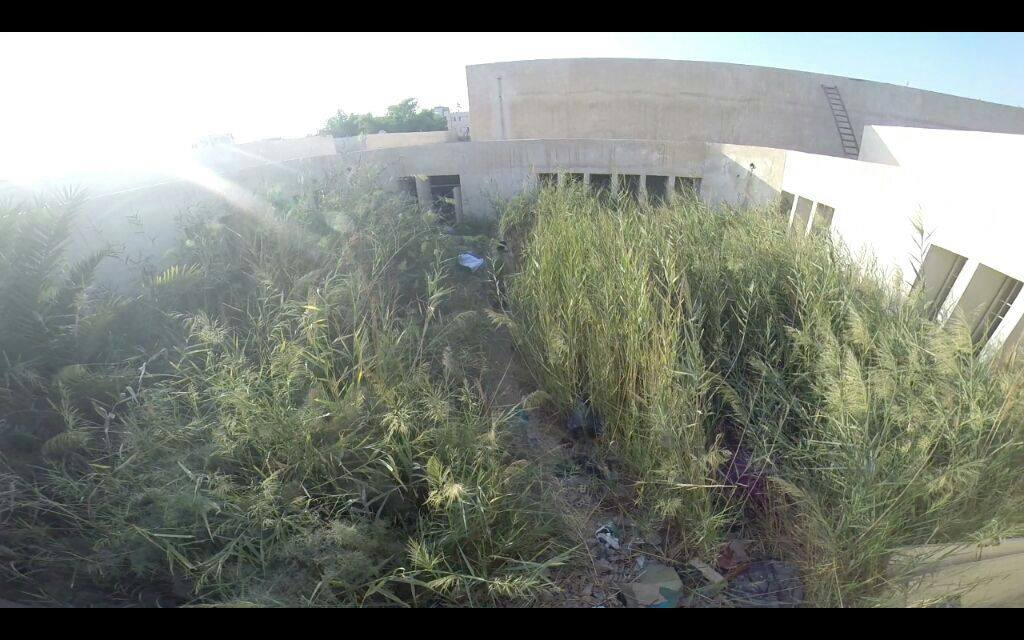 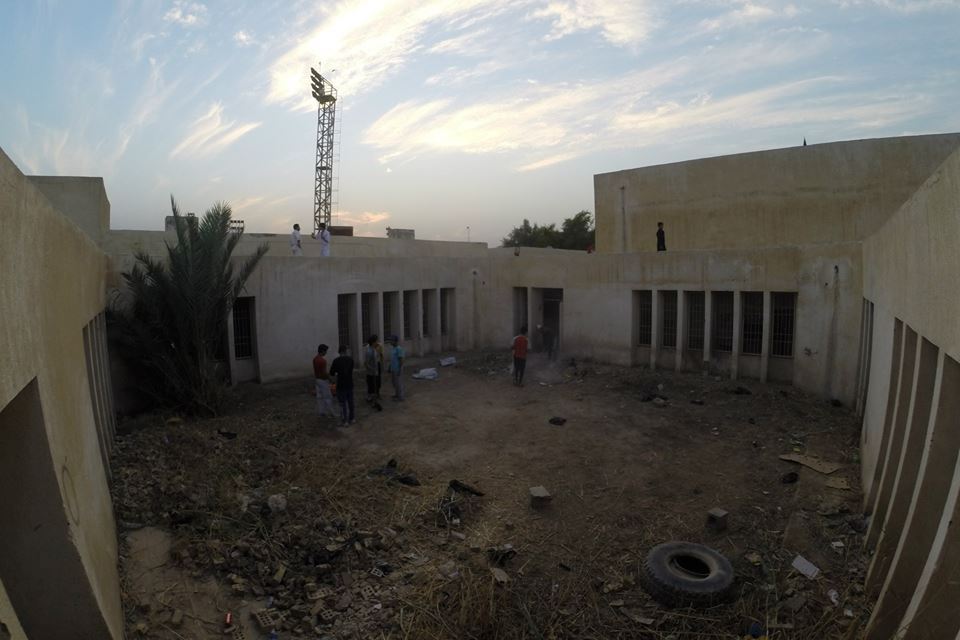 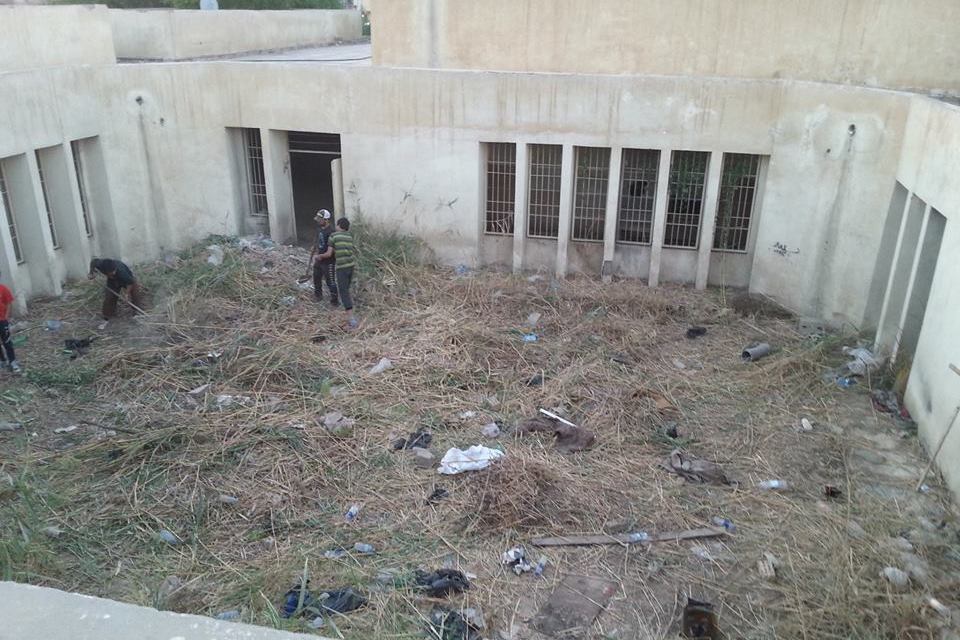 Having fun at current location!

Thank you all from myself, the WFPF, the IPF, from Abualhassan and Ali and from the athletes in Iraq who all say “Shukran” to all of you!

Do you have a Parkour initiative of your own? Would you like to support an existing initiative? If so, email: Contact@internationalparkourfederation.com